Phoenix Sky Harbor International Airport has opened the second phase of its Terminal 3 Modernisation Program, which features a new concourse and remodelled terminal processor. The ribbon-cutting ceremony took place on 7 January in the presence of Phoenix Mayor Thelda Williams, American businesswoman Cindy McCain, members of the Phoenix City Council and other city leaders.

The new South Concourse and terminal processor, which used to be a security lobby area, features 15 airlines gates and new shops, restaurants and customer amenities. Travellers can now enjoy leading national and local brands, as well as local restaurants.

Similar to the first phase of the Terminal 3 Modernisation Program, which was completed in 2016, the South Concourse features views of Phoenix’s desert landscape and an abundance of natural lighting. The new, modern look aims to provide travellers with a more enjoyable and efficient travel experience. The concourse includes access to power from nearly every seat, a new state-of-the-art Delta Sky Club, a children’s play area known as PHX Play-Viation Park, and other amenities such as a nursing room, an animal relief area, and public art installations.

The next stage of the $590 million project will be completed in phases to minimise impact to travellers and is expected to be complete in 2020.

Phoenix Mayor Thelda Williams commented: “The ongoing modernisation of Terminal 3 is important to Phoenix’s largest economic driver – Sky Harbor. I am excited Terminal 3 will showcase some of our best local dining and retail options, along with public art installations and new amenities that will improve the travel experience for the millions of passengers who come through Sky Harbor every year.” 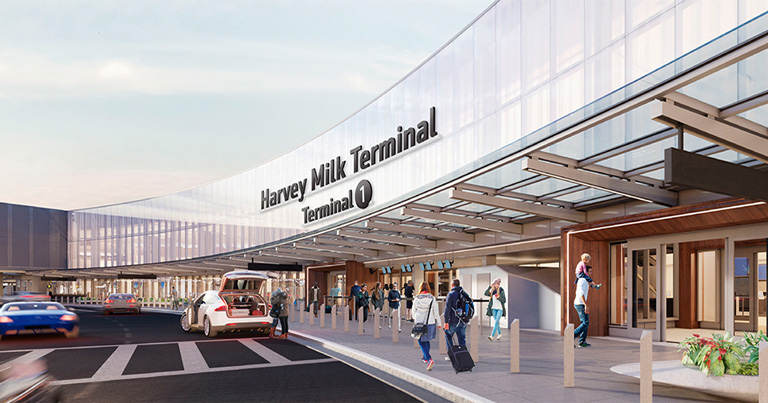