Technological developments and the emergence of a new generation of traveller will naturally impact the design of future airport terminals, but how exactly will the airport of 2030 differ to what we know today? This was one of the many themes explored at the recent FTE Global 2014 event in Las Vegas, where industry experts offered their thoughts on what the sector should be preparing for over the next 15 to 20 years.

The relevance of the “Generation Y Traveller” was aptly highlighted by Rick Garlick, Global Practice Lead – Travel and Hospitality Group, JD Power (the full video presentation is available here). He explained that tomorrow’s traveller is less patient and harder to satisfy, and they are not just technologically savvy, but “tech reliant”. They also have less tolerance for negative staff experiences, they move very quickly and have little tolerance for delays, and are very adaptable and open to changing with each new innovation that comes to market.

While Garlick conceded that it is “unfair to paint entire groups in a single brush stroke”, he explained that this stereotype of Generation Y is based upon extensive research, which has also found that the future traveller “will want as little contact with people as possible”. All of these are factors, he said, that must be considered when we talk about the future airport.

One person who knows all about planning for the future is Mike Hardaker, Head of Business Improvement at Dubai Airports, which handled 66.4 million in 2013, but plans to hit 190 million by 2030 and 309 million by 2050 through a major expansion strategy.

Hardaker explained that Dubai Airports is “trying to look outside of aviation at what other industries are doing” to help identify how efficiency can be improved, because “key aspects of the aviation industry haven’t changed significantly enough over the last number of years”. For instance, the arrivals baggage process is largely the same now as it was 30 years ago, and the turnaround of aircraft, specifically the way aircraft are tugged, has been the same for at least two decades, he explained. He pointed to the way in which the Dutch transport hundreds of thousands of flowers on a daily basis in a highly efficient manner, suggesting that this outside-of-industry example could hold potential lessons for the aviation sector.

However, he stressed that the focus should not necessarily be on getting the passenger in and out of the airport terminal as quickly as possible. In fact, he said talking about reducing the amount of time that passengers spend in airports “fills me with horror” and “that’s not something that we want to be promoting at all”, because of the retail opportunities presented by dwell time. “What we want to do is make sure that when those guys are in the airport that they have the best possible experience.”

“This is where we see the future for an airport – you’re going to have a platform where you can initiate a lot of things from the minute you start your journey and be able to integrate throughout the whole process. When I get to the airport, they will know I’m there and I will get my coffee. When I get to the gate they know where I’ve come from and if I’ve been upgraded. If I want to purchase something they know what I like and what I don’t like.” A common e-commerce platform that all stakeholders can be easily integrated into should be pursued to help realise this vision, he added.

As for the aesthetics of the airport terminal of the future, there could be some major developments between now and 2030, according to Clark Brown, Vice President of Sales, LG Electronics, who stated: “Display technology is advancing even faster than computing technology”. “We’re seeing a lot of touch-screens now, and then there’s transparent displays,” he explained. “Think about all the glass in the airport; you’re going to see things like in some of the movies today (where the glass is a transparent touch-screen). Those things are real, they’re available now, and you’re going to see more of that sort of technology as it develops.”

Based on this expert insight, the airport terminal of 2030 and beyond could differ vastly to what we have become used to today, from both aesthetics and processing points of view. However, to create a future airport that really elevates the passenger experience, it will require input from the entire industry.

“In the UAE, we’re fortunate that the airline, the airport, the ground handler and all the control authorities all sit in the same room together. I think that’s quite rare for an airport,” Dubai Airports’ Hardaker explained. “For an airport, certainly for 2030, the biggest challenge around technology is making sure that it’s coherent and that everybody that uses it, from the airline to the ground handler to the airport, is buying into it at the same time.”

Did you miss out on FTE Global 2014, where the likes of Dubai Airports, JD Power, LG Electronics, AirIT, American Airlines, Vancouver Airport Authority, JetBlue, Norwegian Air Shuttle, Air France-KLM and Microsoft presented their latest passenger-focused plans and revealed their industry-defining future visions? If so, the good news is you can still view all the presentations and take a virtual tour of the exhibition with FTE Global 2014 Virtual Conference and Exhibition Access. This comprehensive, online, video-based package provides access to every speaker presentation from both the ‘On the Ground’ and ‘Up in the Air’ conference streams, including video footage of the speaker, which is presented side-by-side with the presentation slides as delivered on-stage. You will also have access to a booth-by-booth virtual exhibition tour, which highlights all of the passenger-focused solutions and services that were presented in the exhibition. 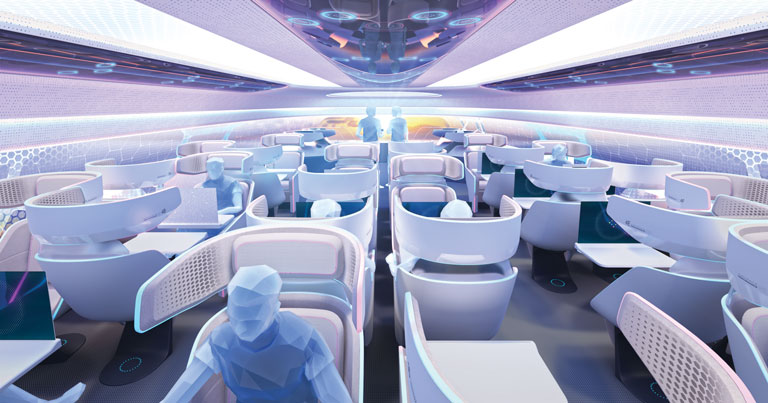 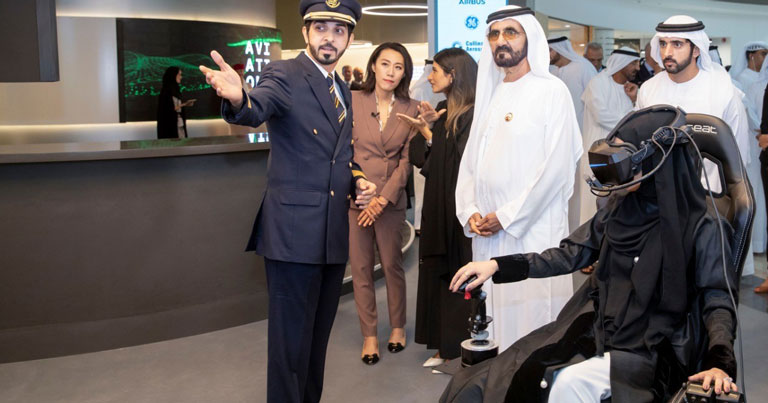 The Dubai-based Aviation X Lab incubator has announced two challenges open to startups, which will focus on sustainability and rethinking the airport model.