Air New Zealand has announced four innovators it will be working with on its mission to have its first zero emissions demonstrator flight – either cargo or passenger – take to the skies from 2026: Eviation, Beta, VoltAero and Cranfield Aerospace.

A combination of electric, green hydrogen, and hybrid aircraft, these partners will work alongside Air New Zealand over the coming years to focus on developing the technology and associated infrastructure required to make flying these aircraft in New Zealand a reality.

The partnerships involve Air New Zealand signing a ‘statement of intent to order’ – this include the ambition to acquire three aircraft initially, with further options for 20, from one or more of the partners, subject to an evaluation process.

“Mission NextGen Aircraft is not about backing one innovator,” said Greg Foran, Chief Executive Officer, Air New Zealand. “It’s about working with a range of leaders in zero emissions aircraft technology to help move the whole ecosystem along. Our goal is to confirm our commitment with one or more of these partners in the next 12 months with the ambition of purchasing an aircraft for delivery from 2026. The learnings we will take from flying an aircraft with next generation propulsion technology from 2026 will then pave the way for our long-term partners to deliver an aircraft that can replace our Q300 turboprop domestic fleet. Getting a zero emissions aircraft off the ground by 2026 is going to be challenging. But we’re incredibly ambitious – because we need to be.”

“While the aircraft play a pivotal role, infrastructure partners are just as important,” said Foran. “Through this agreement we will explore the future green hydrogen supply solutions for our commercial demonstrator ambitions with a focus on ensuring any solutions we create to meet our 2026 goal are also building a platform for a larger next generation fleet from the 2030s.”

While zero emissions aircraft technology will help decarbonise the airline’s domestic network over the period to 2050, Sustainable Aviation Fuel (SAF) is important in the near term for the long-haul fleet. 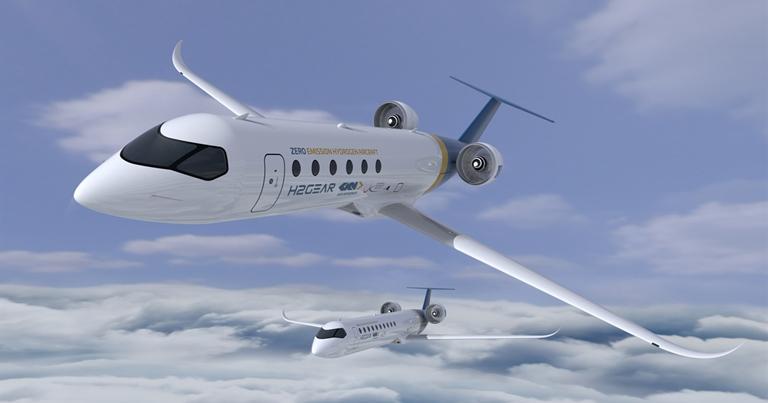 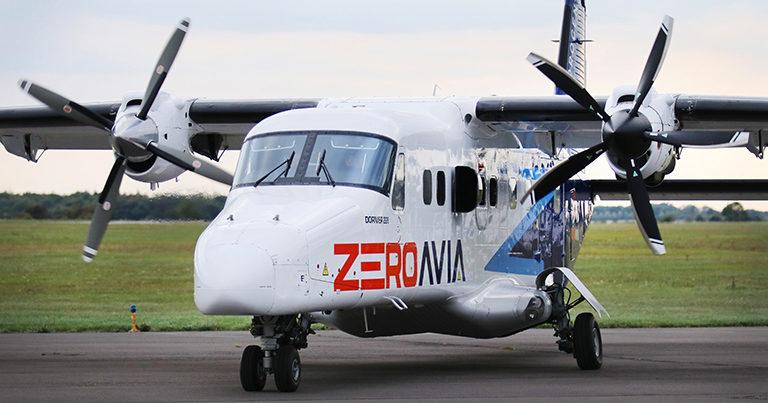 AGS Airports and ZeroAvia are exploring the development of hydrogen fuel infrastructure and requirements for delivering zero-emission flights from Aberdeen and Glasgow airports. 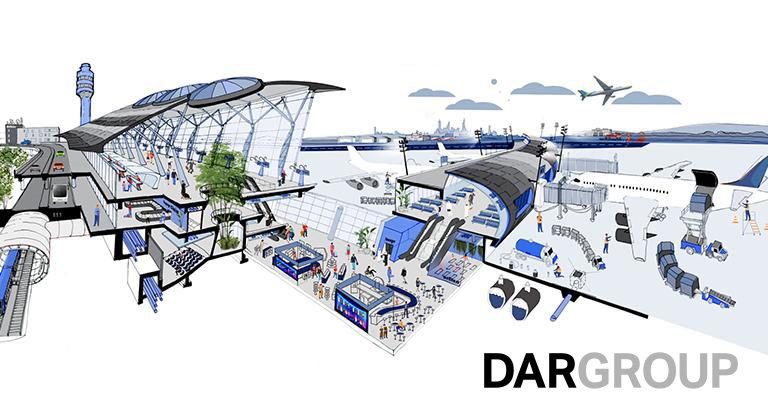 FTE speaks to Dar Group’s Head of Digital Advisory Chris Runde; Thomas Kearns, Digital Innovation Strategist at Perkins and Will; and Richard Palmer, Dar Group’s Sustainability specialist, all of whom are playing a role in shaping the future of the industry.