“We are on track for a great year,” he comments. “Obviously, as a hub airport for Etihad, we have seen changes with the airline’s restructuring and review of its priorities, but that restructuring is really bearing fruit. Working load factors at Etihad are now among the highest in the region – they are flying full aircraft, which is great for sustainability and a sure sign of how strong Etihad’s reputation is with flyers.”

“I think it’s fair to say that Etihad has always been very measured in how routes are selected, so adding a low-cost carrier opens up a huge number of new route possibilities, which will greatly expand choice and further establish Abu Dhabi as a next-generation hub,” says Thompson.

Meanwhile, this year the airport has welcomed new routes to Delhi and Mumbai with IndiGo, Salam (Oman) with Salam Air, and Kathmandu with Himalaya Airlines, as well as a Jazeera Airways service from the emirate’s other significant airport – Al Ain – to Kuwait City.

Midfield Terminal: a ‘destination airport’ in its own right 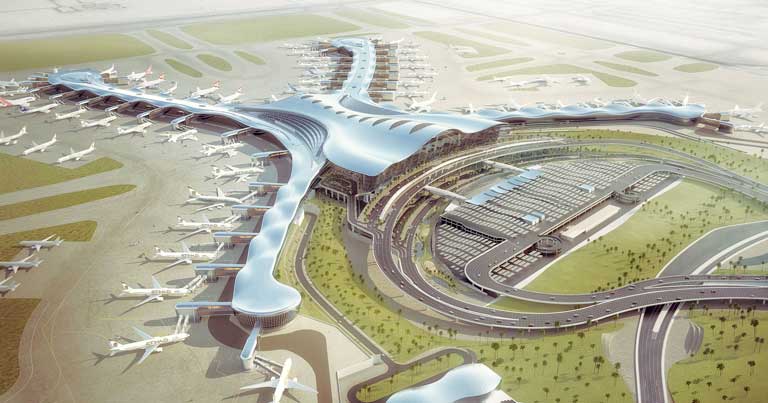 Abu Dhabi prides itself on offering a truly authentic experience, where traditional culture meets the best of the modern world. For millions of travellers, the new Midfield Terminal Building will be the place where they first enjoy this authentic experience of true Arabian hospitality.

Construction is more than 96% complete, with operational readiness trials well underway. “Once the Midfield Terminal opens, it will be a stunning ‘destination airport’ in its own right and a unique selling point for airlines considering us for future operations,” says Thompson.

Explaining the “seamless travel experience” which permeates both the new building, and the airport in entirety, Thompson says: “We are constantly introducing new facilities and enhancing our infrastructure to provide the highest standard of operational efficiency for our passenger and airline customers.” This includes US Customs and Border Control Pre-clearance facilities for Etihad passengers, and a smart travel system including self-check-in, self-bag drop, e-registration, e-border gates, and self-boarding facilities. Thompson emphasises that the experience will be the same for all travellers at the Midfield Terminal, regardless of who they are flying with.

“I can say we are in what I like to call the ‘Last Mile’ in delivering the Midfield Terminal,” says Thompson. “If you look at Abu Dhabi’s accomplishments in recent years – the Louvre, the Sheikh Zayed Grand Mosque, Ferrari World – these are world-class attractions. The new terminal, one of the region’s largest airport infrastructure projects, will be in the same league. Quite simply, we are redefining travel and reinforcing Abu Dhabi’s position as a global hub for business and leisure travel.”

The new terminal is designed to handle over 8,500 people per hour and will increase the airport’s capacity by up to 45 million passengers per year. To deliver this throughput, the facility will include 65 contact and 14 remote stands, 49 gates, 106 boarding bridges, 154 check-in counters, 44 self-check-in counters, and 10 baggage reclaims, with the baggage handling system processing almost 500,000 bags daily.

Technology is vitally important for Abu Dhabi International Airport, with a digital transformation taking place to streamline the business and make it more efficient.

“One thing I am very excited about is how we are harnessing big data and artificial intelligence (AI) to relieve anxious passengers on tight connecting flights,” says Thompson. “Through AI, the approaching aircraft will be allocated by air traffic control to ensure the shortest possible physical journey between planes for transiting passengers.”

The airport is also trialling autonomous wheelchairs in partnership with Etihad that will allow passengers with restricted mobility to navigate more easily through the terminals.

“With technology, as with the overall design, we have been careful to consider the human element in every aspect of the airport concept,” Thompson explains. “Just as we don’t want travellers to feel dwarfed by the airport, we don’t want them to feel that technology has pushed out the essential human touches that are needed to feel welcome and reassured.”

The Midfield Terminal Building is based on an intuitive journey from entrance to gate. “The sightlines are great, and the route is very natural,” says Thompson. “But, in such a massive building, it’s not so much the latest trends that are important – we’ve applied classic design principles to ensure the building is relatable and not overwhelming. When you have 180 metres between pillars, and a roof more than 50 metres above your head, scale becomes a real concern, and we’ve worked incredibly hard to ensure the terminal doesn’t overwhelm or disorientate, but instead feels in-scale and comfortable.”

The building is also designed to be future-proof with the shell of the superstructure expected to have an operational life of 100 years or more, while the interior substructure is modular, and easily moved, adjusted or even replaced when necessary.

“When you look at tech-based facilities – tech today will have an operational lifespan of three to five years, and just a year in some cases. It is essential that a modern building can easily manage this level of replacement activity and upgrade, and the Midfield Terminal Building has that flexibility inbuilt from the start.”

Thompson says that the importance of commercial and retail revenues differs from other airports: “We are more dependent on non-aeronautical revenue than aeronautical. We have deliberately chosen that model specifically to ensure we are as attractive a destination as possible for airlines – and, by extension, a first-class airport for passengers, of all classes – throughout the UAE.”

The Midfield Terminal will feature an array of retail and food and beverage offerings, spread across 23,000 square metres. “That puts it in the same league as some of the malls we see in the region – and we believe is a key factor in persuading residents in all emirates to see Abu Dhabi as a viable first choice of airport; not just those living in the capital.”

Looking ahead, he says the priority is quite simply to begin operations in the new Midfield Terminal Building. “When that’s done, we can leverage everything Abu Dhabi has to offer to demonstrate to the world that this is the must-visit Middle East destination, and the new hub of choice for travellers looking at breaking up their long-haul flights.” 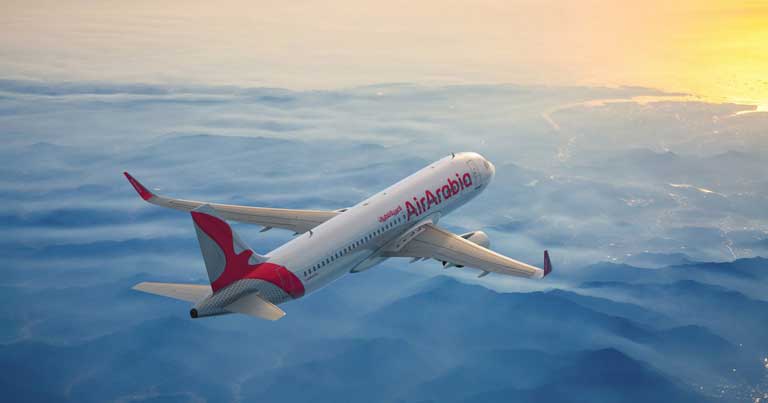 The UAE capital’s first low-cost carrier, established following a joint venture by Etihad and Air Arabia, will make its inaugural flight on 14 July. 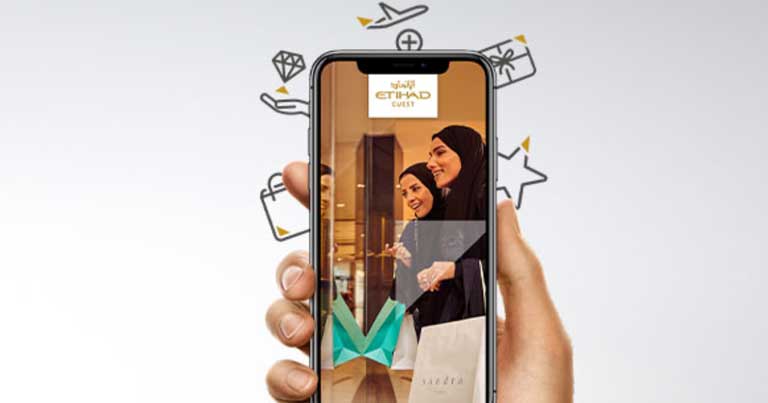 Etihad Guest has launched a new mobile app which allows UAE-based members to spend their miles at selected malls in Abu Dhabi and Al Ain.