Air Astana has presented its first Airbus A321 Long Range (LR) aircraft at a ceremony held in the airline’s technical centre at Nursultan Nazarbayev International Airport.

“The arrival of the A321LR represents another major step in the process of fleet modernisation, with the new aircraft offering the latest technologies, low emissions and noise, operational efficiency and passenger comforts,” said Peter Foster, President and CEO of Air Astana. “The specification of the Business Class flat beds, Economy Class slim seats and other cabin amenities will ensure that passengers experience the very highest standards of comfort and service on routes to Western Europe, Southeast Asia, Moscow, Dubai, Istanbul and Beijing.”

The cabin features lie-flat business class seats, equipped with individual 16-inch screens, with four of the 16 seats offering additional personal space. The economy class seats by Recaro provide increased comfort for long flights and are equipped with individual 10-inch screens. The design of the interior trim, curtains and seat covers for both business and economy classes have been specially developed for Air Astana, with a combination of elegance and sophistication that embraces a clear national identity. 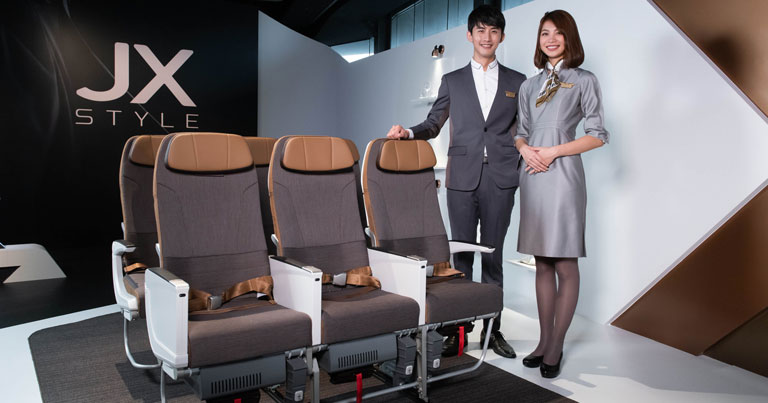