Airlines are often accused of not doing enough to improve the onboard experience for economy class passengers, but Air Malta has just launched an in-flight spa service, which is being offered free of charge on selected flights.

The service was launched on a return flight between Malta and London Gatwick Airport and has been made possible thanks to a partnership between the airline and Myoka Spas.

Passengers on the flight were greeted by two professional therapists who handed out various beauty product samples, before offering complimentary hand, feet and neck massages during the flight. To mark the launch of the service, passengers also received a €20 voucher to use at any Myoka Spa in Malta.

The carrier says that The Sky Spa is “just the beginning and part of a series of similar projects that Air Malta will be launching in the near future aimed at enhancing customers’ experience and showing that the airline cares more”.

We look forward to hearing what they have planned next! 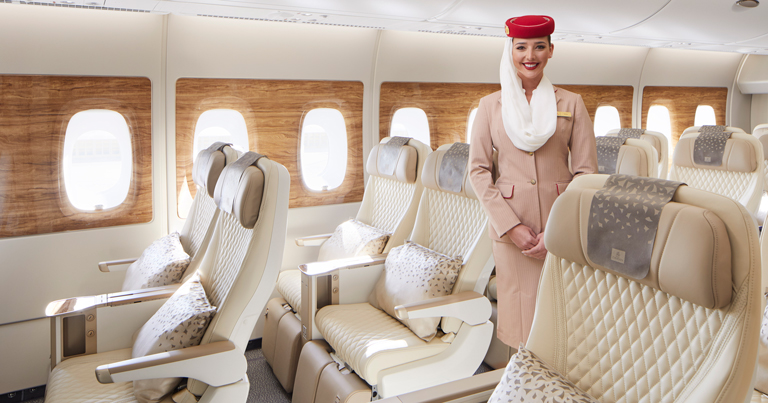 Emirates has unveiled a brand-new Premium Economy cabin product, as well as enhancements across all cabins onboard its newest A380 aircraft.