Air France has confirmed that a trial of in-flight connectivity on two Airbus A320s is under way and will run until the middle of April.

The three-month pilot is being undertaken in partnership with Orange and as well as allowing passengers to connect to the Internet, it includes a trial of live television.

Passengers will be able to watch five live television channels in total: France 2, France 24, Eurosport, BBC World News and Bloomberg. They will also have access to games, movies and TV series.

Passengers booked to fly on one of the Wi-Fi equipped aircraft are informed 20 hours before departure and provided with details on how they can sign up. Alternatively, they can register for the connectivity service once on board.

Internet and live TV is available for €5 on a short-haul flight or €10 on a medium-haul service, while a €6 fee also grants access to 30 movies, 15 TV series and a selection of games.

FTE will report on the findings of the trial upon its conclusion. 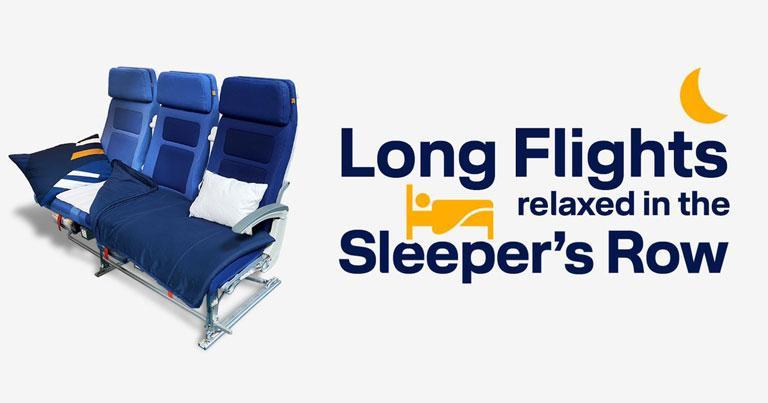 Lufthansa’s Economy Class passengers can now book a Sleeper’s Row on select long-haul flights and will receive an entire row of seats for themselves.