Thomas Cook Airlines has introduced a new Sleeper Seat on selected long-haul routes, such as New York and San Francisco. The Sleeper Seat is available in Economy Class on the airline’s A330 aircraft and transforms a row of three seats into a bed.

Henry Sunley, Commercial Director at Thomas Cook Airlines, says: “We always look for ways to innovate for our customers and the Sleeper Seat is a UK first that we are really proud of. It is a fantastic way to transform your flying experience and enjoy some extra comfort when flying in Economy.”

The Sleeper Seat is created by a special mattress that sits across a row of three seats at the back of the aircraft, creating a personal space for the passenger to rest or stretch out.

Sunley added: “It’s flexible too, as while only one person can use Sleeper Seat at a time, you can swap with other people in your group during the flight…but it’s entirely up to you if you want to share!” The Sleeper Seat will be available on selected flights from 13 May 2019.

Thomas Cook Airlines is not the first airline to offer a “bed” in economy class. Air New Zealand pioneered the concept and unveiled its own Skycouch product in 2010. 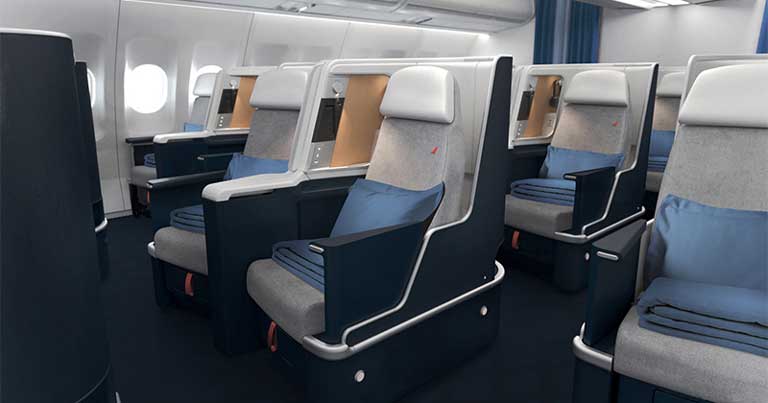 The new cabin interior will be introduced to the airline’s Business, Premium Economy and Economy cabins across its Airbus A330 fleet.