Billionaire entrepreneur Elon Musk this week released details of his Hyperloop transport concept, which he says could provide a viable alternative to short-haul air travel, high-speed rail and travelling by car. According to the paper, Hyperloop would reduce the journey time between Los Angeles and San Francisco to just 30 minutes. This compares to 75 minutes by plane and around five-and-a-half hours by car.

In case you’re not fully aware of what Hyperloop actually is, the concept is based on having pods travel through a low-pressure tube that would be suspended above the ground. Each pod would have a compressor on the front to pass the air to the rear and some of the air would be used to create a cushion underneath the pod on which it could ride. Electric induction motors at the beginning, middle and end points of the tube would be used to accelerate and decelerate the pods. Musk says the whole system could run on solar power and tickets would cost as little as $20.

From a passenger perspective, it sounds great – drastically reduced journey times, cheaper ticket prices and a transport system that is self-powering and entirely weather- and delay-proof. What’s not to like? Well, the fact that Musk hasn’t taken into account any external factors is something of a problem. Now, I’m not saying this is impossible. If that were the case, engineers and scientists the world over would already have dismissed the concept. The issue, however, is that much of the technology that is needed for Hyperloop to become a reality doesn’t yet exist and there are bound to be economic issues that could potentially derail Hyperloop before the concept moves any further.

Although Musk talks of $6 billion development costs (that’s ten-times less than the cost of the high-speed rail link between San Francisco and LA that Musk is strongly opposed to) and $20 tickets, he does nothing to address the fact that tens of billions more would have to be spent on developing and testing new technologies. On top of that, you’ve got to add the cost of acquiring the land itself. If he can prove that the system is a truly viable alternative mode of transport to the plane, train and car, the investment could surely be justified. However, outside investment and support would be integral, and this is where a major problem lies.

Securing this input from travel industry stakeholders and government agencies that are often averse to funding much-needed new terminals at existing facilities or even investing in affordable and readily available technology to address two-hour queues at immigration and security check points is a huge challenge on its own.

Furthermore, the preliminary concept envisages a system of tubes and capsules that would travel directly above the California highway between Los Angeles and San Francisco. Gaining permission to build a new airport terminal outside of a city centre can often take years, so how long would it take to convince the government and the public that building a futuristic transport system directly above a highway is a sensible and safe idea?

Admittedly, Musk clearly didn’t intend this paper to be the actual blueprint for Hyperloop, but with so many technological and financial hurdles to overcome, and a large number of questions left unanswered, for now, the concept is still far more ‘science fiction’ that ‘potential reality’. Hyperloop is certainly an exciting proposition from a passenger experience viewpoint, but with so many significant hurdles standing in its way, it could well remain just that – a proposition – for a very long time to come.

That said, the fact that Hyperloop is being spearheaded by the man who has already docked a private spacecraft on the International Space Station and developed profitable electric cars makes it pretty much impossible to completely dismiss the concept.

What do you think of Elon Musk’s Hyperloop concept? Is it a viable alternative to short-haul air travel and high-speed rail, or nothing more than science fiction? Leave your comments below.

How new technologies will shape the passenger experience of the future is at the heart of Future Travel Experience 2013, which will take place in Las Vegas from 4-6 September 2013. In the two conference streams – FTE ‘On the Ground’ and FTE ‘Up in the Air’ – airlines, airports, technology providers, architects and futurists will gather to explore the theme of ‘Reinventing the passenger experience through innovation, personalization and connectivity’.
» View more information on FTE Global 2013
» Register to attend FTE Global 2013 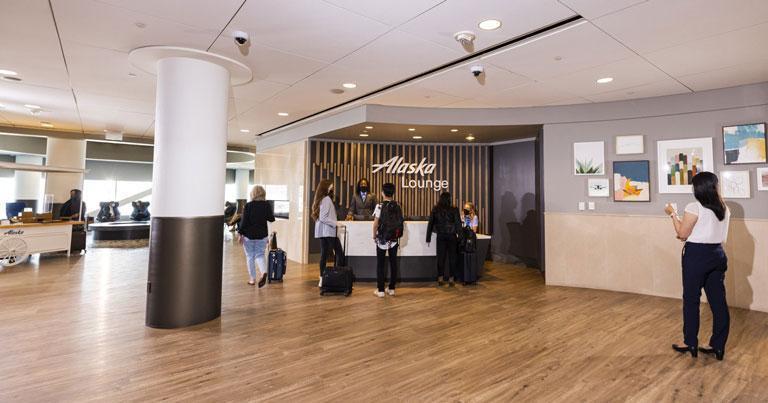