The timing of the ultimate release of CUPPS is dependent on the final outcome of the pilots and the number of tweaks that need to be made to the Technical Specification as a result of those. Samuel Ingalls, Assistant Director of Aviation, Information Systems, Las Vegas McCarran International Airport, is Chair of the CUPPS Leadership Team. He explained that mid-2009 is the target for completion of the Technical Specification and its final publishing and distribution.

“The purpose of the trials will be to ensure that the extensive Technical Specification functions as anticipated and, perhaps most importantly, that true interoperability is achieved by running the same air carrier applications over the various providers’ respective platforms,” said Ingalls.

IATA is playing a key role in driving the initiative. “A lot of work has gone into developing the standard. IATA is absolutely supporting this,” said Peter Stanton, assistant director, airport and inflight, IATA. “These pilots are very important. It’s an ongoing process; ultimately, the standard is only a standard if it works in operation.

Once the standard is proven, I am confident CUPPS will happen. There will then be ongoing development and management of the standard and how it is taken forward as a living, breathing thing.”

Orlando expects to have its trial, in which it is teaming up with CUTE supplier SITA, up and running by this fall. John Vinelli, manager information technology, Greater Orlando Aviation Authority, is one of the sub-team leads. He said: “We are at the beginning of the process and will be trialling CUPPS over the next 18 months. Orlando has been active with ACI and IATA; we are very active in the common use arena. We want to stay at the forefront of this technology.”

The most significant driver behind the development of CUPPS was the fact that five different vendors were providing different solutions. Accordingly, several air carriers needed to maintain six different applications to address each of the different implementations for the respective vendors. “As such, each change, whether business-driven, security-driven, or otherwise, needed to be made to each of those applications, making it very difficult and time-consuming to roll out these changes,” said Ingalls. “Airports were also faced with opposition to common use in general, as it was perceived by many to limit the air carriers’ business processes. Vendors were also faced with many challenges.”

Tere has been significant industry input into the initiative. Around 80 companies – almost evenly spread between air carriers from around the world, airports and vendors/other entities – with about 200 individual participants, comprise the work effort. A series of ‘foundational principles’ were developed at the start and have served as the touchstone of the effort:

“While all of these are key elements, the first one is really an equal above all. The interoperability of the applications on all of the different vendors’ platforms will bring significant benefit to all parties involved,” said Ingalls.

One of the goals, in line with the Affordability and Serviceability principles, is the simplification of several parts of the process. The certification and deployment part of the common use process has undergone significant focus. Simplified MS Windows printing will also be supported, as will thin-client architecture.

“All of the common use vendors are prepared to build a transition/migration path between their current common use platforms and the new CUPPS platform. While this should not necessitate a change of hardware per se, it will potentially allow more peripheral equipment options,” said Ingalls.

The CUPPS project grew out of a joint airport-airline meeting, held in 2003, and known as the ‘Seattle Summit’. Common use was one of several initiatives kicked off at that meeting. With Airports Council International (ACI) support, it was moved officially into the International Air Transport Association (IATA) and Air Transport Association (ATA) recommended practice development realm at the Joint Passenger Services Conference (JPSC) in the fall of 2004.

“Over the last three-plus years, a bi-weekly conference call has been held by the large group, along with numerous calls by the various teams. Face-to-face meetings have also been held around the world, in places ranging from Frankfurt to Geneva to Beijing to San Francisco, and many, many other venues,” said Ingalls.

CUPPS replaces CUTE and has, at least from a terminology standpoint, already done so. At the JPSC (Joint Passenger Services Conference) meeting in fall 2007, both IATA and ATA air carriers unanimously approved the recommended practice. Airports Council International (ACI) also rendered its approval at its fall meeting. “This was truly precedent-setting in the industry, being the very first time that all three organisations had developed and owned a joint recommended practice. It was truly an exceptional collaborative project on an industry-wide basis,” said Ingalls.

IATA’s Stanton also highlighted the importance of this cross-industry sponsorship of CUPPS. He explained that it is very much a community project; the Working Group has 80+ members and the major IATA airlines are involved. “We are extremely positive about this and are looking to support the initiative and do whatever we can to make it happen,” said Stanton.

The most recent addition to the CUPPS initiative is a data exchange portion. This was originally known as ‘Flight Information Management Systems’ (FIMS), but has now been renamed ‘Aviation Information Data Exchange’ (AIDX). This is moving toward recommended practice approval this year, as an adjunct to the CUPPS numbering, and involves the IATA/ATA XML working group, as well as the Passenger and Airport Data Interchange Standards (PADIS) working group. “It will greatly smooth the flow of data – for flight information and other systems – between airports, air carriers and other stakeholders,” said Ingalls.

CUPPS has been architectured in such a way that it could adopt other processes in the passenger processing realm, as it did with AIDX. “CUPPS is set up to be a living document – it will evolve over time,” said Vinelli. “We are already seeing evolution taking place – more passengers are checking in through kiosks. We are finding that technology is changing – airports are looking at the idea of self bag tagging. Agent assisted check-in will get much less frequent.” 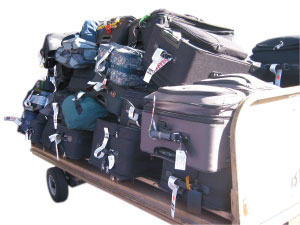 Vinelli’s vision of the passenger process of the future foresees the passenger walking into the terminal, checking-in at a kiosk, printing their bag tag and taking their bag to a common bag drop. “Passengers would not have to deal with airline personnel until they got to the gate. The entire experience would be seamless,” he said.

Vinelli also foresees more off-site check-in, whereby a third party approved by the Transportation Security Administration (TSA) accepts the baggage and gives the boarding pass. “The benefits will be felt at airports where passenger numbers continue to grow and airports, which are restricted in terms of adding more space, are looking for ways to facilitate that growth,” he said.

That is beginning to happen at Orlando, where 15% of passengers are processed off-site. “We envisage that we could actually do this in cities as well. It would particularly help if we could do it a day beforehand. That is where I see big changes happening,” said Vinelli. 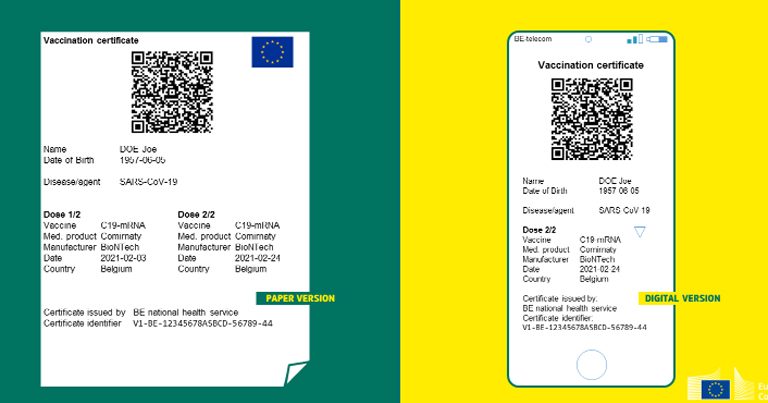 The European Union Digital COVID Certificate has gone live with seven EU Member States a month ahead of the deadline for its implementation.