At Hong Kong International Airport (HKIA), the Three-runway System (3RS) project is being undertaken to prepare the airport for significant growth in passenger and cargo volume. The construction started in August 2016 and it is expected to be completed by 2024. In the meantime, Airport Authority Hong Kong (AAHK) is investing in a raft of technology-centric initiatives to further enhance efficiency across the airport.

One example is the use of big data, which Andy Bien, Chief Information Officer, AAHK, explained is at the centre of a triple-pronged strategy to enhance operational efficiency, deliver retail benefits, and optimise asset management. “If you have a ‘shot-in-the-dark’ approach, it’s very difficult to get any tangible results, so we are refining our approach to big data,” Bien explained to FTE. “To ensure exploration work can yield useful results, participation of subject matter experts in the respective areas would make a big difference.”

To quote an example, the application of big data in the retail space is part of a bigger strategy to overhaul the way airport retail works at Hong Kong’s hub airport. “We are more than just being a landlord. Now we are engaging more directly with our passengers, and technologies such as big data are transforming the way we engage with them,” Bien stated.

On robotics, Bien explained robots could have a role to play, for example in delivery work. But this is not the only area where the value of robots is being considered. “Timmy” the robot has already been trialled in a service role to assist in customer service. “In Hong Kong we have the unique problem where it’s fully employed. The use of robots is not because we want to reduce costs or staff numbers. They will be augmenting, not replacing humans,” Bien said.

Another technology that Bien and his team are paying close attention to is biometrics. “First of all, we want to trial e-gates, following the IATA seamless travel initiative,” Bien said. “We’re studying the use of the face as a token to go through the airport, as some other major airports are doing.”

The use of biometrics could allow a passenger to enrol for their biometric single token, use their face as their identifier at each touch-point (check-in, bag drop, security, immigration, boarding, etc.), and also pay for products and services using facial recognition technology. In parallel, the upgrading of the CCTV system with state-of-the-art digital technology will enable the airport to take full advantage of image processing capabilities.

Bien continued: “Both the seamless travel project and the passenger engagement initiatives on the retail side have some kind of image recognition or personal identification need. Rather than being implemented as siloed systems, each of these initiatives could be based on a single platform and work in tandem.”

Bien said industry players have to change the way they work to provide the necessary solutions: “One of the major challenges we’ve seen in the past is that established suppliers have vertical solutions for each one of these needs. What we need now is a horizontal solution serving multiple purposes.” These systems will be gradually introduced in the next few years.

Bien also suggested that closer collaboration within the industry could be crucial to achieving this more horizontal approach to biometrics integration.

“We talk about collaboratively reinventing the airport experience or the way we manage airports, but we are not alone in having this challenge. A lot of the start-ups we work with don’t worry so much about holding on to their own IP and holding back. They focus more on using open source and open data, and this is where we really can differentiate two mindsets. One is more protective and one is more transparent. Just holding on to your own secret weapon might have worked in the past, but the future is about collaboration.”

While it remains to be seen how long it will take industry suppliers to fully embrace collaboration for the benefit of the wider industry, the transformation of Hong Kong International Airport will continue regardless. While new facilities will cater to significant passenger growth in the long term, it is technology that holds one of the keys to making the most of the existing infrastructure in the immediate future. 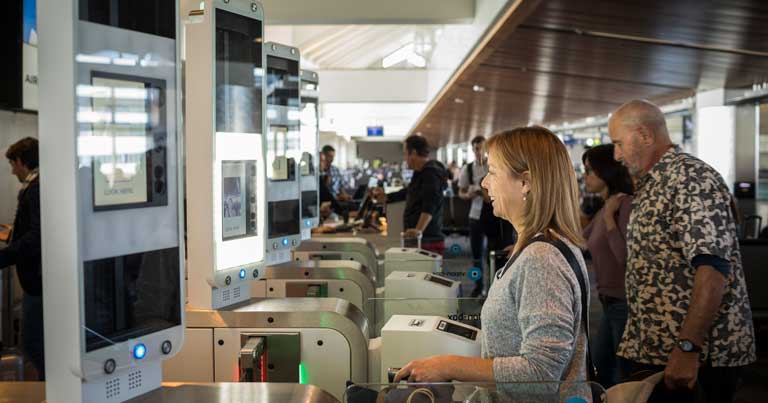 U.S. CBP’s Diane J. Sabatino shares lessons learned from COVID-19 and how the agency is working with its partners to drive the travel industry recovery. 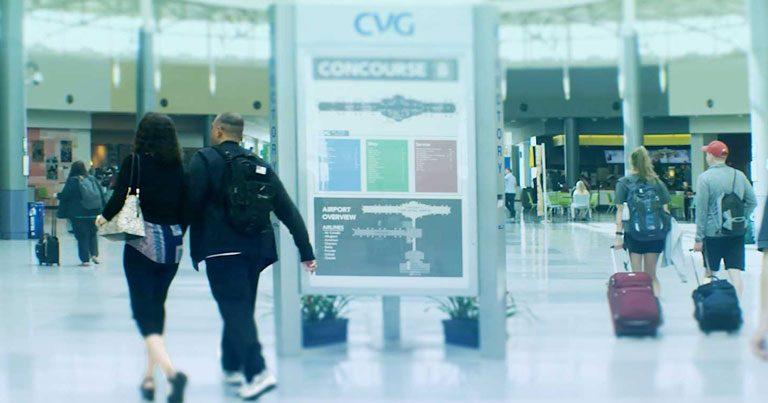