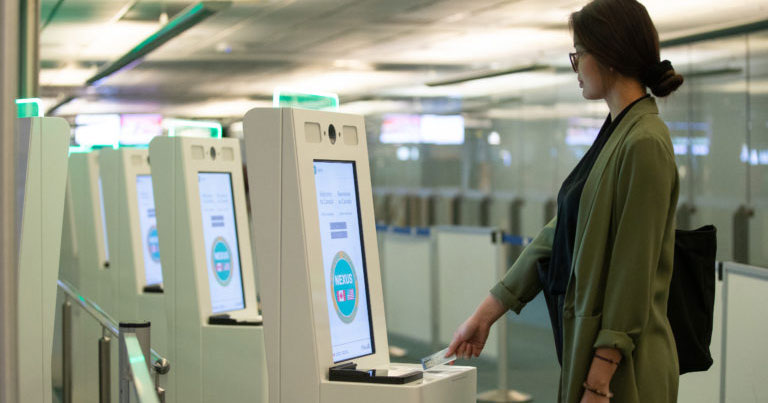 Members of the Canada Border Service Agency’s (CBSA) NEXUS programme can now use the BorderXpress kiosks, developed by YVR’s Innovative Travel Solutions (ITS), that have been configured to meet CBSA’s modernised NEXUS programme.

“This is another big first for us – being the first Canadian airport to offer NEXUS members an enhanced and more seamless border clearance process,” says Craig Richmond, President and CEO, Vancouver Airport Authority. “I know our frequent travellers that utilise NEXUS will be pleased with this modernised solution. We are grateful for the collaborative relationship we have with our partners at the Canada Border Service Agency and to be once again chosen as the trusted partner for the first solution and rollout. We look forward to continuing to work together on the next phase to create a complete seamless journey for all NEXUS members.”

NEXUS is a joint CBSA and U.S. Customs and Border Protection (CBP) operated trusted traveller programme, designed to speed up border crossings for low-risk, pre-approved travellers into Canada and the US.

YVR introduced 11 next generation NEXUS kiosks in October 2019, dedicated to facilitating the trusted traveller programme. Using the new kiosks, NEXUS members will tap or scan their NEXUS card and capture a photo to verify their identity using facial recognition technology before proceeding to a CBSA officer for final inspection. If you have something to declare you must do so verbally, to an officer, at a clearly marked area in the customs hall after using the kiosk.