In recent weeks the ongoing debate surrounding airport passenger screening has taken on new significance. In January the Transport Security Administration (TSA) announced it would be removing all Rapiscan backscatter imaging technology from airports because of the vendor’s inability to develop software to remedy its revealing, ‘naked’ passenger-specific displays by June this year. It has become clear that addressing the conflict between meeting stringent airport security requirements, while protecting the passengers from feeling victimised or that their privacy has been violated, is one of the most important challenges facing the airport security industry.

Dr Marian Langford, Science and Technology Advisor for independent security equipment test house ICTS VeriSys, explained: “Privacy is a complex issue. Regulators and politicians accept that intrusive images are not acceptable to some of the travelling public. However the travelling public needs to understand that effective screening is easier to deploy if they are prepared to accept some privacy intrusion. Thus, currently the regulators and equipment developers are forced to look for compromises.”

At present TSA uses Advanced Imaging Technology (AIT), which, said a TSA spokesperson, “is critical to mitigate known and evolving threats and safely screens passengers for metallic and nonmetallic threats including weapons, explosives and other objects concealed under layers of clothing without physical contact.” At present the TSA uses two types of AIT – backscatter and millimeter wave imaging – and though, since 2012, TSA has committed to procuring only AIT units equipped with Automated Target Recognition software to enhance passenger privacy, the methods are still prompting critics to voice concerns surrounding the safety of passengers from exposure to radiation.

However, a successful trial of the Iscon Mini Portal scanner on passengers at Bristol International Airport has demonstrated that this innovative device could prove a promising solution to the challenges that currently face airport passenger screening. The scanner – which generates precise video imaging through thermo-conductive infrared technology – emits no excess radiation and is widely non-invasive, minimising the need for physical pat downs and preserving the privacy of passenger by generating an image through infrared detection, which does not penetrate clothes like backscatter x-rays.

Dr Langford co-conducted the five-day trial of the Mini Portal scanner with Peter Harris, Chief Strategy Officer, Iscon. Harris said: “The majority of the passengers I talked with at Bristol have no problem whatsoever with being screened. They’d like the process to be fast, non-intrusive and with technology that does not expose them to radiation or privacy issues.”

During the trial 300 Bristol Airport passengers who set off metal detector alarms were sent through the Mini Portal scanner, and in addition, airport officials sent other passengers through on a random selection basis. The technology was explained to the passengers and then they were scanned, to either verify that there was something on their person or to verify that in fact the metal detector had missed something. All of these ‘objects’ were then recorded and the passengers were interviewed on their experience.

The Mini Portal system is capable of identifying virtually all types of contraband including plastic weapons, pills and powdered substances, and takes less than 30 seconds to complete a whole body scan.

“Iscon’s thermo-conductive technology was designed with aviation passengers in mind,” Harris explained. “It is a combination of warm air blowing on the passenger and then a very sensitive infrared camera detecting the kinetic temperature differences of items below the clothes. These temperature differences show up as a thermal imprint against the clothes and are shown on a monitor as clear as a photograph.”

Iscon is in the process of arranging trials of its technology for approval by TSA and ECAC, and its strategy for 2013 is to become airport’s first choice for secondary screening or confirmatory screening at airports.

The checkpoint of the future?

The Mini Portal is also the only scanning system available today that can be integrated with identification and biometric technologies such as fingerprint, magnetic card and barcode readers to provide a one-stop personal identity and contraband check. It also has low operating costs as there are no consumables needed, and it has a small footprint when installed in a checkpoint.

This integrated technology could be seen to demonstrate the kind of innovations that would facilitate a ‘checkpoint of the future’, the tag given by the International Air Transport Association to the airline industry’s optimal, one-stop security system concept. However, the initiation of a system that allows passengers to proceed to boarding without stopping, stripping or unpacking could still be some way off. With the newly developed passenger scanning technique still in the preliminary stages of certification, and serving primarily as a secondary screening device, it may be some time before passengers will be able to pass straight through security in the fluid, single movement that the industry is itching to achieve.

Harris said: “The obvious improvements to airport security is what we call automatic threat recognition, where machines will not need personnel operating them as threats will be detected automatically. This is very difficult and though some companies say they can detect automatically, there are many false alarms which can be detrimental to the screening process.”

In the more short-term future, industry focus seems to be directed towards developing risk-based security strategies. Harris expects that the passenger screening process will eventually operate as a uniform protocol across all airports. He said: “It can only be accomplished by the introduction of risk-based screening where only those people who are labelled as  ‘threats’ can be screened by a whole body screening device. Random screening is also an excellent way to mitigate the threat of passengers carrying weapons under their clothes.”

The TSA is currently developing its risk-based security initiative by exploring new procedures and technologies that allow the agency to implement the most effective security measures in the most efficient way. This year, its focus is on expanding the eligible populations for expedited screening through its TSA Pre?™ programme.

The TSA stated: “By placing more focus on pre-screening, TSA is able to expedite physical screening for known passengers while increasing system-wide effectiveness. Passengers who participate in TSA Pre?™ are able to leave on their shoes, light outerwear and belt, allowing them to keep their laptop in its case and their 3-1-1 compliant liquids/gels bag in carry-on. TSA will always incorporate random and unpredictable security measures throughout the airport and no individual is guaranteed expedited screening. TSA continues to explore new screening procedures and new technologies with enhanced detection capabilities that achieve the Agency’s security mission while streamlining the passenger experience.”

What do you think lies ahead for airport security?

Is a ‘checkpoint of the future’ something that can be achieved in coming years?

Do you think that pre-screening is the key to a streamlined airport security process?

What innovations is your airport using to improve the airport screening process for the passenger? 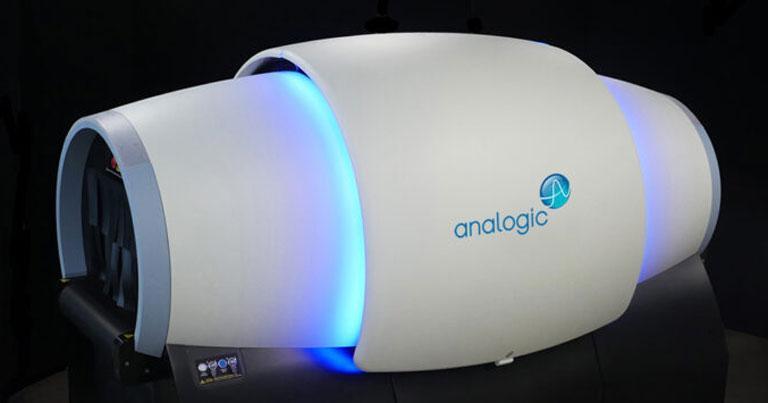 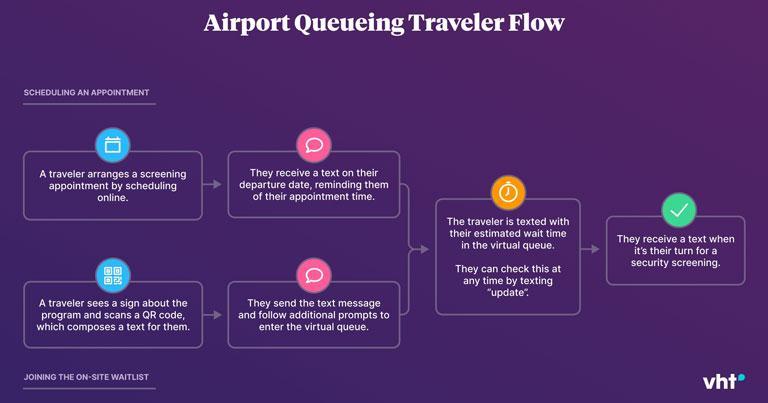 According to a passenger survey conducted following the trials, the virtual queuing technology has reduced overall wait times at the airport to 10 minutes.