Copenhagen Airport has developed a ground-breaking wayfinding solution that allows passengers to visualise their journey through the airport on computers and smart phones.

The tool displays 360 degree photo panoramas of every passenger area in the airport and its grounds, allowing travellers to get an overview of their trip through the terminal from their PC at home, or on the move at the airport on their mobile, where the free CPH Airport app will then position them by means of the hundreds of WiFi access points in the terminals.

Passengers can select their starting point and where they want to get to from a drop down menu of airport locations. A metre-by-metre visualisation of their route then enables them to work out just where Gate A23 is, and quite how they find it from the Caffè Ritazza where they were having a cup of coffee, or how they get from baggage belt #4 where they collected their luggage to a car rental in The Arcade.

According to Copenhagen Airport, it is the first airport in the world to enhance the passenger experience with such a service. “I expect that other airports will soon follow suit and develop something like our wayfinding tool, as it will greatly benefit many passengers,” said Karen Bender, e-Commerce and Marketing Director. “This goes both for passengers who only travel infrequently and who will greatly benefit from the additional comfort of being able to see and plan their way through the airport from home, and for passengers who travel frequently and who can use the app to choose which places they want to visit in the terminals without having to worry about whether they will be able to get to their gate in time.”

For the facility’s development, the entire airport was photographed in acute detail with a special camera that photographs from 360 degrees. The photos were then stitched together using special software, resulting in an exact photographic representation of the entire airport, similar to the ‘street view’ function of Google Maps. The photos will be updated several times a year when changes occur – for instance, the locations of retail outlets – and the app, which is already available in Danish and English, is currently being adapted for Swedish and Chinese speaking passengers.

» More information can be found here. 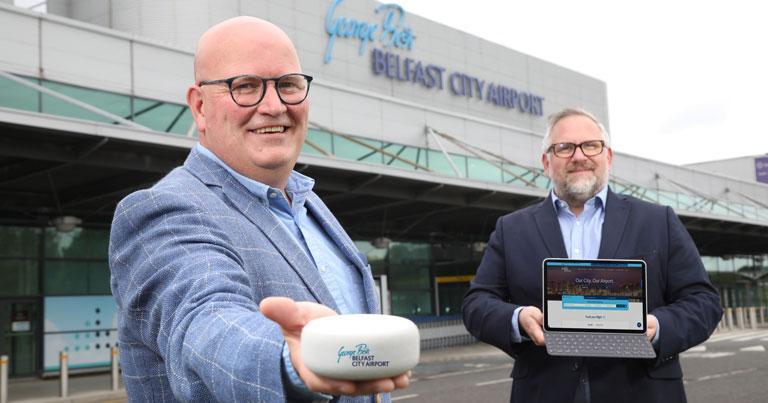 As part of the programme, the airport has already introduced an Amazon Alexa functionality, a new customer service tool, and a digital wayfinding solution.