David Kershaw has almost 20 years experience in the air transport industry. Before launching Kershaw & Associates Ltd, he was responsible for strategy at a major common use airport systems provider and he has also served on IATA’s Common Use Working Group. At FTE Global 2014, David will lead an interactive Unconference session in which participants will debate: ‘The future of airport common use’.

Given the clear benefits of common use – whether it’s the ability to seamlessly switch on or off airlines as schedules change, to move carriers around airport campuses as demands with regards to alliances and partnerships evolve, or sharing the cost of hardware, consumables and maintenance to name just a few – it is hardly surprising that a major airport recently described their latest common use platforms as “strategically important assets”. That said, it is remarkable that there continues to be debate about the future of common use in general, and CUPPS (Common Use Passenger Processing Systems) in particular – why?

Speaking from experience, almost all major common use tenders in recent years have specified delivery of a CUPPS compliant solution. Despite this, only a handful of airlines have certified true CUPPS applications and fewer still are committed to rolling them out across their global networks.

This may of course be the result of the view that in the short- to medium-term, a CUPPS application is simply another variant on top of each of the vendor specific legacy CUTE (Common Use Terminal Equipment) applications they already maintain, but this hiatus has provided time to consider alternatives, and allowed consideration of differing shared system solutions: the partitioning of locally deployed workstations allowing multiple dedicated applications to run sequentially; of ‘hybrid’ solutions which seemingly aspire for platforms to run legacy CUTE, CUPPS, web-based or CUSS (Common Use Self Service) applications; or latterly, of wrapping dedicated airline applications, hosting them in data centres; arguably pseudo-common use, non-standard solutions.

The industry is searching for a ‘killer reason’ to justify change

Compounding the industry’s indecisiveness, there remains a lack of a killer reason to change – PCI-DSS compliance was thought to be such a driver for change, but a full solution remains elusive, and COTS component updates have not yet generated enough significant forward momentum.

Some might point to their own internal business case not stacking up – there are always other seemingly more important projects for airline/airport IT spend. In a heavily regulated, somewhat conservative industry, with significant constraints on many aspects of the operational environment – in the air, and on the ground – changing a dated, yet robust, mission-critical system in is not necessarily seen as a vital priority.

Is the rise of self-service delaying CUPPS uptake?

Whilst some or maybe all of the above apply in specific cases, it must also be considered that alternative processing solutions bear some responsibility for the slow airline take-up of CUPPS to date. Agent check-in is decreasing and self-service around mobile boarding passes with home-printed or permanent bag tags seem to offer a tantalising alternative. In the short-term, self-service airside access, self-tagging from CUSS kiosks offers a way to move to automated bag drops, whilst self-boarding completes the outbound self-service passenger journey.

That said, until biometrics, with secure identity assurance/management systems are introduced, together with any necessary regulatory approvals, such an end-to-end self-service solution may well by limited to domestic, or perhaps regional travel where immigration checks are no longer required (think Schengen, or at best isolated test/trial cases such as the Aruba Happy Flow). 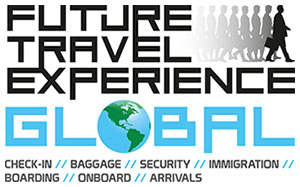 At FTE Global 2014, which will take place in Las Vegas from 24-26 September, David Kershaw will lead an interactive Unconference session in which participants will debate ‘The future of airport common use’. Among the key questions that will be discussed in this session will be:

The impact of the traditional common use business models – firm, fixed pricing over multiple years, paid for on a fair and equitable basis by all users – must also be considered. Is this a model that restricts, or at least puts the brake on rapid adoption of new airport/airline solutions?

It is often suggested that different types of airline ‘need’ common use more than others – generalisations are dangerous, but in a hub airport, a dedicated solution may be attractive, but in an outstation, common use may win the day.

Interestingly however, the airline doesn’t always make the decision, which then leads to tension between airport and airline customers. The entire debate about charging mechanisms causes uncertainty in the procurement and financial departments of the organisations that purchase and pay for common use platforms. Yet the introduction of differentiated charging is almost certainly inevitable as airlines and airports adopt new technologies.

The reality is that despite all of the reasons not to move to a new business model, the drive to change is very strong, not least because capacity constraints require speedier processing capabilities, or more investment in costly infrastructure.

The future of common use is secure, but maybe not as we know it

It is this complex technology versus regulatory dilemma with a business case overlay that is currently holding the industry back. Safety and security trump incremental, never mind dynamic, technology shifts, and this reality means many airports, and airlines, are stuck.

Everyone knows technology is changing, and everyone accepts that their customers and consumers want a different approach. But how can they leap without a clear consensus? It seems certain that common use platforms cannot be completely removed until the final (last two in each case!) carriers have moved off it. On this basis, the future of common use is surely secure, albeit in a different paradigm to the one we know now, where it stands accused of only providing for the lowest common denominator in terms of airline applications.

The future mission for any common use solution must be to provide a robust, flexible and standardised basis for airlines and airports that want to use leading edge technologies to do so, but bring the remainder with them on a stable basis. Consensus (albeit with freedom to innovate) is critical in delivering platforms which enable the future from a technology, customer service and airline-airport charging mechanism.